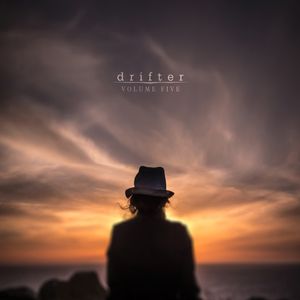 Volume Five has turned it up another notch with the continued success of Drifter that debuted earlier this year on Billboard’s Top 10 Bluegrass Album Chart and earned the band the 2016 Album of the Year Award from the Bluegrass Music Association of Iowa. The band has now garnered their second #1 song with “95 Years,” written by Carter Moore, as it tops the Bluegrass Today Top 20 Weekly Songs chart today. Their previous #1 on the chart was “I Am A Drifter,” written by Donna Ulisse and Marc Rossie, from this Mountain Fever Records release.

“95 Years” and “I Am A Drifter” both appear on Power Source Magazine’s Top 35 Song Chart for December and have also appeared on several other radio charts this year including SiriusXM’s Bluegrass Junction’s Most Played Tracks and the Roots Music Report’s Top 50 Songs Chart. The album is #9 this month on Bluegrass Unlimited Magazine’s Top 15 Albums Chart and “I Am A Drifter” appears at #8 their Top 30 Songs chart.

Volume Five continues to grow their fan base with stellar performances like the one during the International Bluegrass Music Association’s World of Bluegrass Street Fest in Raleigh in October. The band recently released a live performance video from this show that also includes commentary by lead vocalist and fiddler Glen Harrell.

Glen is joined on Drifter by Chris Williamson on bass & vocals, Patton Wages on banjo & vocals, Colby Laney on guitar & vocals, and Harry Clark on mandolin and vocals. The album is available at iTunes, Amazon, GooglePlay, www.mountainfever.com and more fine retail outlets.

Drifter is also crossing over to other formats; the track, “When I Go Away,” was the POWERPLAY song on Eagle Country Radio this past summer. The album is available to radio stations worldwide at AirPlayDirect.com.