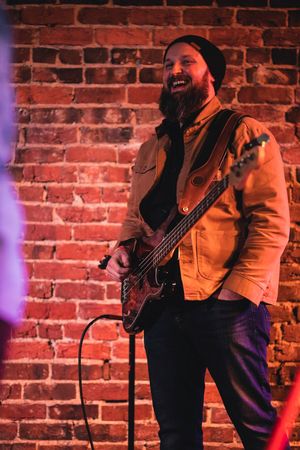 (October 3, 2022) – The award-winning bluegrass band, Volume Five is proud to announce the addition of Jacob Eller on bass. Jacob began his career playing bass for the Galax area bluegrass band No Speed Limit, honing the skills that he brought to bear later with The Church Sisters and with Sierra Hull. “I’ve been a Volume Five fan for years. I’m excited to get out and play music with these guys. The songs and musicianship are top shelf,” said Eller.

Glen Harrell welcomes Jacob Eller to the band, saying, “When Jacob played the first gig with us, I knew he had the groove we were looking for. He’s a very talented guy and fits right in with Volume Five in every aspect. We look forward to playing and recording music with him!”

Volume Five has been busy touring this year and achieving success for their recent Mountain Fever Records singles. Their current chart hit is “Losing My Religion,” written by bluegrass songwriter and musician Josh Miller. The song is currently #3 on the Bluegrass Today Monthly and Weekly Top 20 Songs chart. Other recent chart hits include “When Karma Comes Calling,” written by Ronnie Bowman and Terry Herd, and “What I Didn’t Say, written by Glen Harrell. 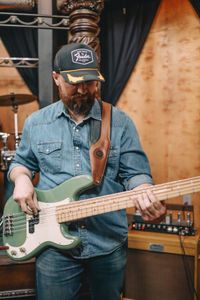 Volume Five has been busy on tour. Upcoming performance dates include Friday, October 14, 2022, at Ole Smoky in Gatlinburg, Tennessee, Saturday, October 15 at the Station Inn in Nashville, Tennessee, and Saturday, November 5 at the Eagle Bluegrass Concert series in Berryville, Virginia.